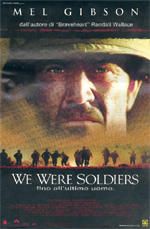 As described by the box: “In October of 1965, General Vo Nguyen Giap launched a full North Vietnamese Army division in a sweeping offensive against the thinly guarded II Corps area west of Pleiku in South Vietnam’s Central Highlands. Two special forces camps, a handful of elite soldiers, and thirty miles of rugged, jungled terrain were all that stood between the onrushing NVA and their objective, the strategic town of Pleiku. The NVA quickly surrounded and besieged the camps, threatening a quick and easy victory over the outnumbered II Corps defenders. Desperate to hold back the tide of Communist soldiers, the South Vietnamese commander asked the U.S. for help.

The newly formed 1st Cavalry Division, fresh in country and bivouacked at nearby An Khe, rushed to the aid of the beleaguered garrisons. With its complement of over 400 combat helicopters, the 1st Cav was completely airmobile. While the helicopter’s mobility guaranteed quick movement and ready resupply, it did not guarantee victory. The soldiers that the unblooded Americans faced were tough, well trained veterans. Victory would not come easily for the Americans.Between October 23 and November 25, 1965, a desperate struggle between a full North Vietnamese Army Division and the U.S. 1st Cavalry Division took place west of Pleiku in Vietnam’s Central Highlands. Silver Bayonet is a company-level game which focuses on this conflict.”

This is where the game gets off to a rough start. As others have commented, the paper map is very green and frankly pretty ugly. If the map was not green enough for you, the errata states that many of the hexes that were supposed to be clear were actually printed as jungle instead. What I found most annoying is the font used to print the numbers of the hexes. While the white numbers on dark backgrounds are legible, many of the black numbers on the dark green background are hard to read (probably does not help that I’m colorblind). The same legibility issue applies to the names for various hexes. The nice thing about the map is that nearly all of the tables you need are on the map twice – once for each player. There are also player aids which are used for the NVA’s hidden movement, US’s air points, and units that are off the map. The counters are typical of 1990’s games, but at least in my copy the printing on the front of the counters is off-centered so part of the company letter/number is missing on my counters (which is why it’s easier to sort using the reverse). My copy must be unusual because the counter scan in the BGG listing is centered.

Wow 20 phases and 72 bullets below them, several of which just say this phase is identical to the other player’s phase. The game sequence makes the game look much more complicated than it really is. The rules are fairly easy to understand and there are several detailed examples that help. The main thing you need to understand is when to use maneuver vs assault combat and how best to use your artillery and airpoints (US only). Maneuver combat is focused on odds ratios with die roll modifiers. Damage (i.e., step losses) to the defender from both maneuver combat and bombardment is divided by the terrain defense value. Since most of the fighting occurs in jungle or mountain hexes, maneuver and bombardment usually will not result in many step losses unless the odds are greatly in your favor. The main benefit of maneuver combat is causing your opponent to retreat or suffer fatigue. Not only can fatigued units not attack, but they also have detrimental die roll modifiers for both types of combat. If your opponent leaves some units in a road, clear, or village hex, then nail them with maneuver combat or bombardment. Otherwise, you want to fatigue them with maneuver combat and then assault the fatigued units. Assaults can be very deadly for both the attacker and defender, especially since the defender gets to do defensive bombardment and assaults before the attacker gets to assault. Assault damage is based solely on the attack or defense strength of the units, regardless of the terrain or odds ratio. Another key factor in combat is the efficiency of the units. The US forces tend to have higher efficiencies than the North Vietnamese Army (NVA) units. Higher efficiencies can result in column shifts in maneuver combat or increase the possibility of doing two assaults.Both the US and NVA have artillery units. The US can also do bombardment from its gunships as well as the variable air points, which can be used anywhere on the map. Artillery can be used for bombardment or provide offensive/defensive artillery fire support. I found artillery support to be most useful for maneuver combat support, which can modify the die roll.

With the advanced rules, the NVA get to add hidden movement. Hidden movement counters are moved on the map while the actual units assigned to each marker are kept track on a player aid. Hidden movement counters that do not have any units assigned to them can be used as decoys. Making it more confusing for the US player is that NVA units can be moved from one hidden movement counter to another. One of the key actions for the US player is to use his helicopters and unit patrols to reveal concealed units. Although I expect to play a face-to-face game in the future, my games so far have been solo. The way I dealt with hidden movement was to assign units to certain hidden movement markers in a group, mix them in with some decoys, and then deploy the group of counters in a particular region (for example, 2 of 5 hidden movement counters in a part of the map would end up with units). That way, I did not know which units to focus on with the US searches until they were ready to attack. It was not perfect by any means, but added some uncertainty.Helicopters are very important for the US player. Helicopters can be used for observation, transport, and gunships. The US player needs to take full advantage of his ability to pick up and drop off units, especially those that are fatigued or weakened. Meanwhile, the NVA can move his weakened or fatigued units to Cambodia to rest and be deployed on later turns. Additional rules allow both sides to react to attacks to allow a nearby unit to help them out. The NVA units can also try to refuse combats when it is desirable.The ScenariosThe game comes with 5 scenarios for the basic rules. They are only 2 to 4 turns in length and may only involve only 9 units combined. The advanced rules include 5 longer scenarios lasting 3 to 14 turns and a few dozen units. Finally, there are two campaigns lasting 34 turns and either using a fixed or a free setup. Victory points are assigned for various objectives like destruction of units or occupying key hexes. Several of the advanced rule scenarios have the players draw 2 or 3 random (out of 5 possible) criteria which will result in an automatic victory condition if all are met.What I really liked was the introductions for the scenarios. They did a good job of setting the stage for the battle. I found the basic rule scenarios a bit boring. They were little more than skirmishes to help you learn the rules. I much more enjoyed the 3 middle length scenarios I played using the advanced rules. My games have been a mixture of NVA and US wins, including a draw. In some games, the balance shifted from side to side which kept things interesting. Only one game so far was very biased to the US. I have not played the campaign game so I cannot comment on them. Conclusions: This game seems to be fairly forgotten for a GMT game. Not much activity in the forums and I’ve seen some pretty cheap copies for sale. That being said, I’ve enjoyed the hours I have spent playing Silver Bayonet. The two sides have different abilities and strengths which makes them interesting to play. Being able to move your units to and from Cambodia or via helicopter keeps the map fairly lively. The hidden movement can be used as a distraction to fool your opponent. Combat is OK – there are some tactical decisions on trying to plan your maneuver combat and assaults, although I’ve seen better games. So all things considered, I’m giving Silver Bayonet a 7. It was definitely worth the $15 I paid for my unpunched copy. 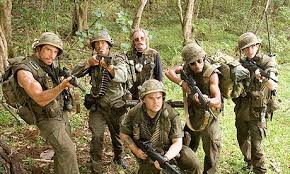 Introduction: PLATOON is an Avalon Hill two-players game officially licensed by the producers of the 1986 Oscar winning movie of the same name. As a pretty gesture, the game box states that profits resulting from sales of the game were to be donated to Vietnam War’s Veterans Association.It has individual counters containing all the characters mentioned by name in the movie, including of course main characters portrayed by Charlie Sheen, Tom Berenger andWilelm Dafoe.Before going on, I must state the following: as the game box says, using the cliche: “Easy to learn, a challenge to master!” However, this is indeed a VERY EASY game to learn in terms of rules. I hardly can imagine hardcore wargames even wanting to get close to this one, even if they are for a moment of playing “headache in a box” war games,Game components: The game box, unfortunately, is very thin. Holding the box perfectly closed after punching the counters free will be a problem. That said, we have a beautiful and functional but simple sturdy mapboard, good counters and chits with reasonable enough letters, a plain clear rule book that leaves no doubts and a scenario book.Game mechanics: the game provides four scenarios, each own with a certain amount of units in each side, possible starting positions, some special rules and conditions for victory. Each of the four scenarios pretends to simulate a similar pivotal part of the screenplay of the movie, Set-up is pretty fast (10-20 minutes). Funny thing is that there is no smooth transition: the firs three scenerios uses realtively feel counter in each side; the last one employs ALL the counters, some forty guys each side! The different game mechanics that the designers devised was this: instead of each sive moving once, alternately, the playes draw chits from an opaque cup. It may be that the American side, for example, makes three consecutive moves before the Vietnamese cvan make his first. This gives a randomness that some players may feel to be a different flush of air, and others feel it’s plain absurd. I found it to be cool.The game works with the counters of one side vertically opposed to each other, with the unit values hidden from the opponents. In some hexs, you may staci units, son the enemy don’t know if he is facing ione, two, or even six units. By “unit” I mean personal soldiers. Each unit represents one individual.
CONCLUSION: I found PLATOON to be not so much entertaining, even if you play it knowing it’s just a introductory war game. Sometimes while playing it I had the feeling it was a poor kind of upgraded STRATEGO. As for replayability, of course the scenarios will never progress the same way, but the ones provide (four) are few and you will fastly get fed up with them.